The store will not work correctly in the case when cookies are disabled.
Toggle Nav

Tang Nano 9K FPGA is an exquisite development board based on the Gowin GW1NR-9 FPGA chip following the Tang Nano 1K and Tang Nano 4K. It comes with 8640 LUTs, an HDMI connector, RGB screen interface connector, SPI screen connector, 32Mbit SPI flash, and 6 LEDs, all of which make it ideal for running Verilog HDL code emulating a PicoRV32 RISC-V soft-core and further design.

What is Tang Nano 9K?

Tang Nano 9K is an exquisite development board based on the Gowin GW1NR-9 FPGA chip featuring 6480 flip flops and an extended DRAM of 64Mbit. Compared to the predecessor Tang Nano 1K and Tang Nano 4K with about 1152 and 4608 LUTs respectively, Tang Nano 9K has pushed the limits to around 8640 LUT4 logic units. These logic units can not only be used for various complex logic circuit designs but also used for running a complete PicoRV soft-core. It meets various needs of users, such as learning FPGA, verifying softcore, and further design.

This board contains a USB Type-C interface for the power supply and downloading code. There is a  JTAG downloader on the FPGA board, so you can simply use a USB cable connected to the board to download the code without an extra downloader outside the board.

Why use Tang Nano 9K to emulate?

Please follow the User Guide documentation below to get started with Tang Nano 9K. 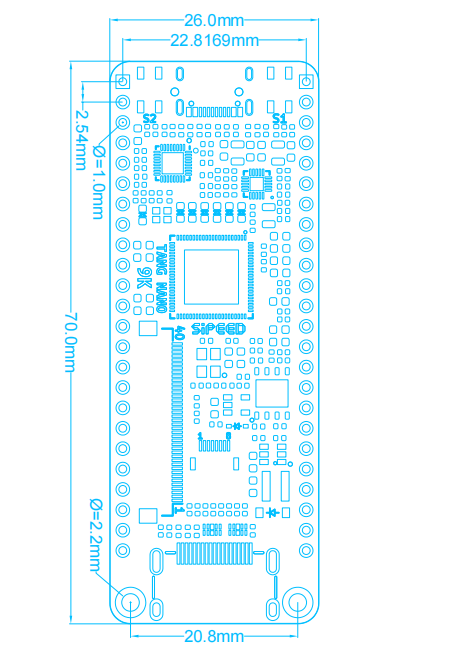 Write Your Own Review
Only registered users can write reviews. Please Sign in or create an account